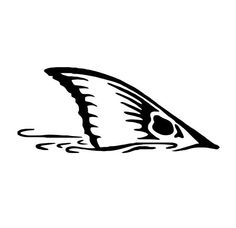 Pic: Jake got in on the redfish action

Even though it doesn’t quite feel like Fall yet the subtle signs of the change of season have begun. Bait fish have become really plentiful and right along with them are lots of feeding fish. These huge schools of bait can be found throughout the sound and are beginning to show up out along the beaches too. September and October offer anglers the best redfish action of the year. While scouting the Fosters point area of N-Captiva I saw hundreds of redfish on just about every mangrove shoreline along with on the open flats. With the water being so clear in the northern sound this is the perfect sight fishing opportunity.

Trolling motors and push poling are a great way to sneak up on these fish, stealth is everything on these redfish schools. Snook fishing has picked up on and around the many oyster bars, These places are transition areas for the sook as they gradually make there way back into the sound from the passes and the beaches. Oyster bars with lots of mullet moving around seem to bring the better fishing action. Docks in the passes during the lower tides have also been a good call. Basically any ambush point with moving tide will hold snook.

Mangrove snapper action has remained strong with docks inside the bigger passes sending clients home with dinner day in day out. Light line, small hooks and shiners have been catching these fish up to as large as 15 inches. Seems I’m even catching these snapper while targeting snook and redfish. The snapper action we had out on the flats has slowed some as these fish have become more structure oriented.

Look for tarpon fishing to fire up out along the beaches as the big bait schools show up. This fall tarpon bite can be epic when conditions set up right. Fishing out along the beaches offer up lots of opportunities including tripletail, cobra, and sharks. As water temperatures gradually cool you can also expect mackerel and Bonita. Light east winds and consistent weather are key to this beach fishery. October and November can be as good as it gets out along the beaches.

Both this September and again in October we experience King Tides. These super high tides are caused when the Earth’s northern hemisphere is closest to the sun, and the sun and moon align. This extreme gravitational pull brings higher than normal tides. These tides can be a foot or more higher than normal high water. For anglers these massive tides allow us to fish mangrove shorelines and places we can rarely access because generallytoo shallow. Add to that stronger than normal tide movement and it’s a great time to fish.